There are very few gifts as unique and captivating as our Real Pearl Pendant Gift Sets. Open your own mussel shell to discover a real pearl, to place inside a beautiful, specially designed pendant. This incredible gift is presented in a high quality custom-made gift box and includes a genuine pearl in its shell with a silver coloured pendant and chain, and comprehensive instructions. 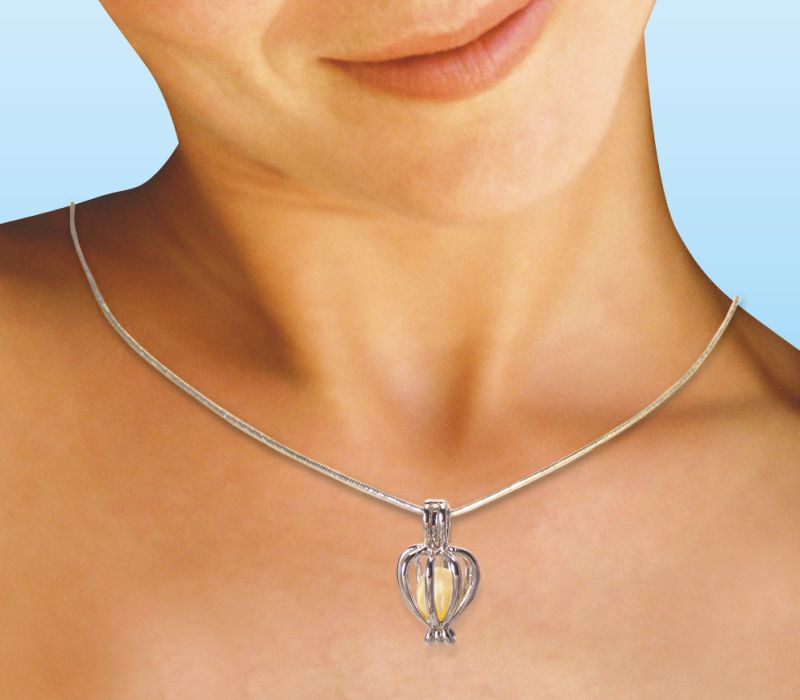 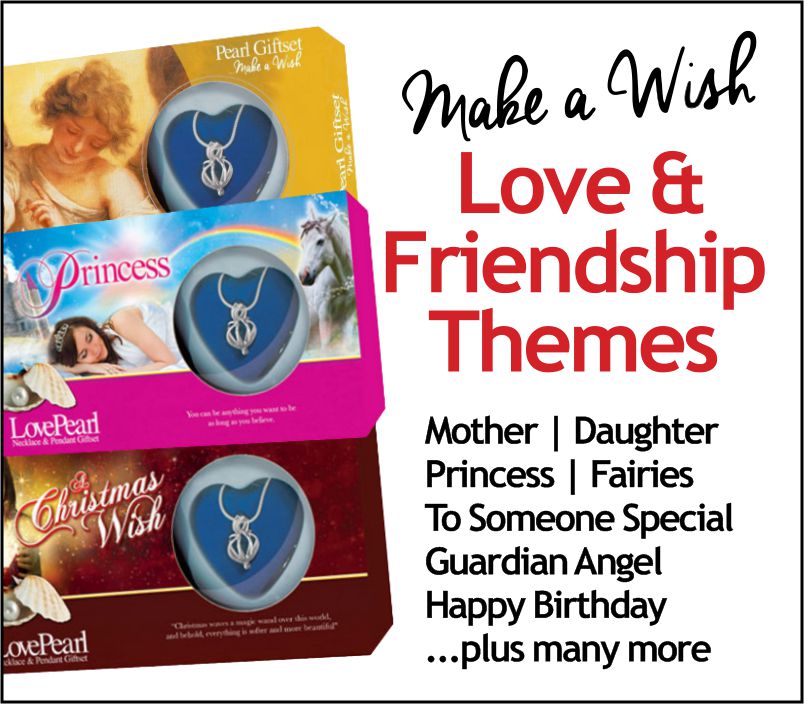 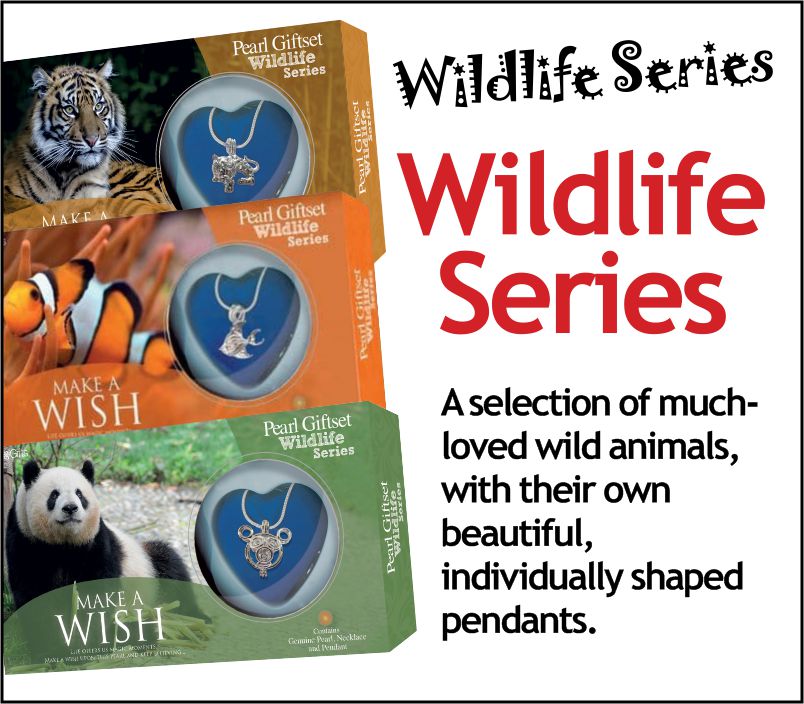 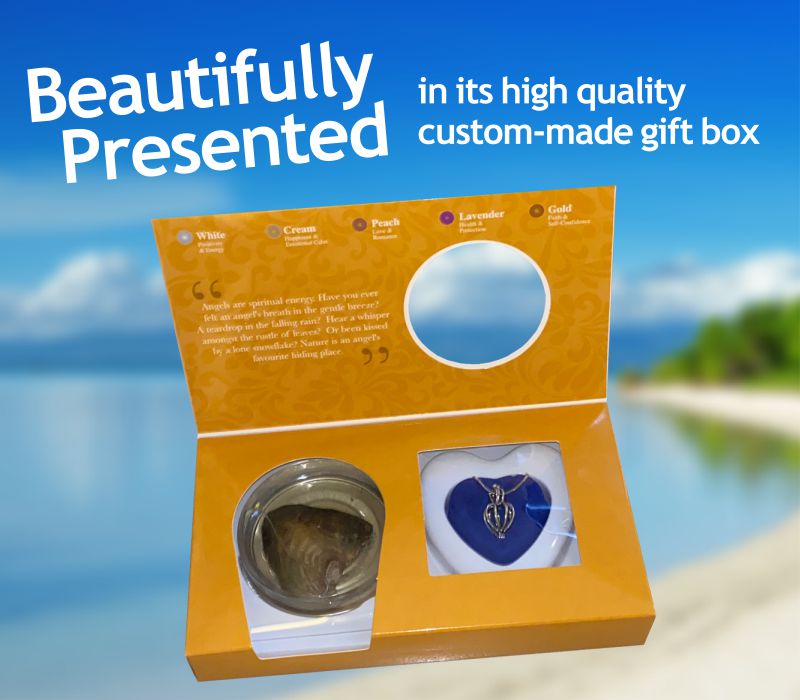 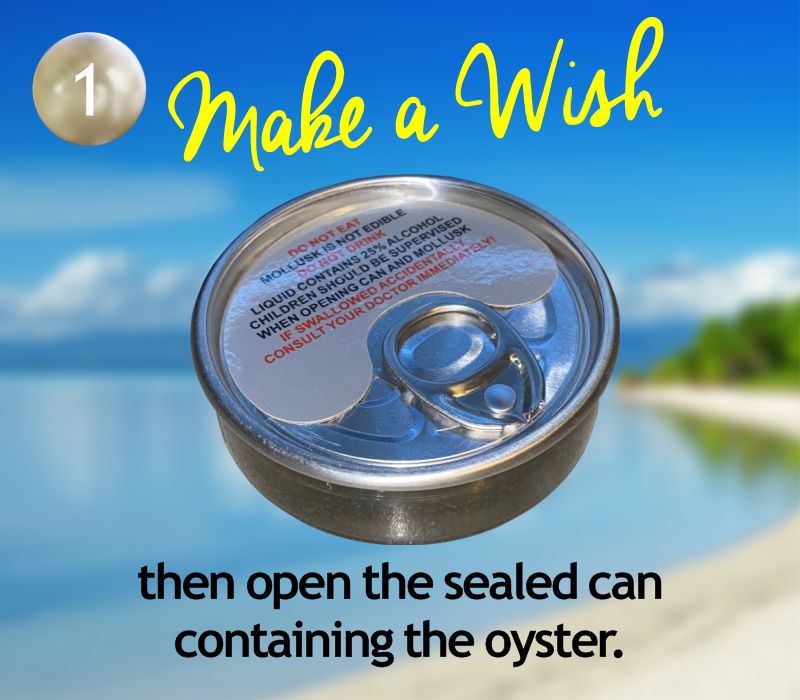 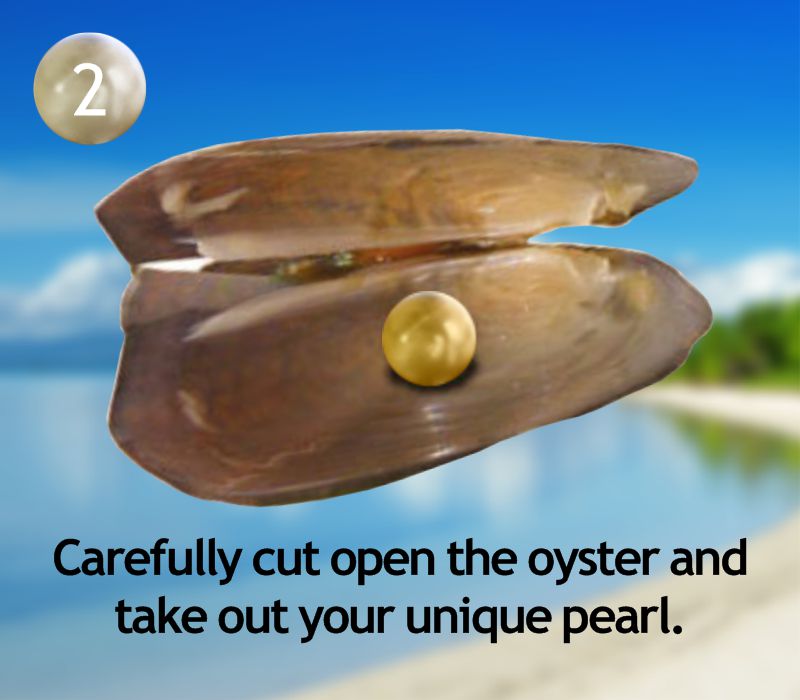 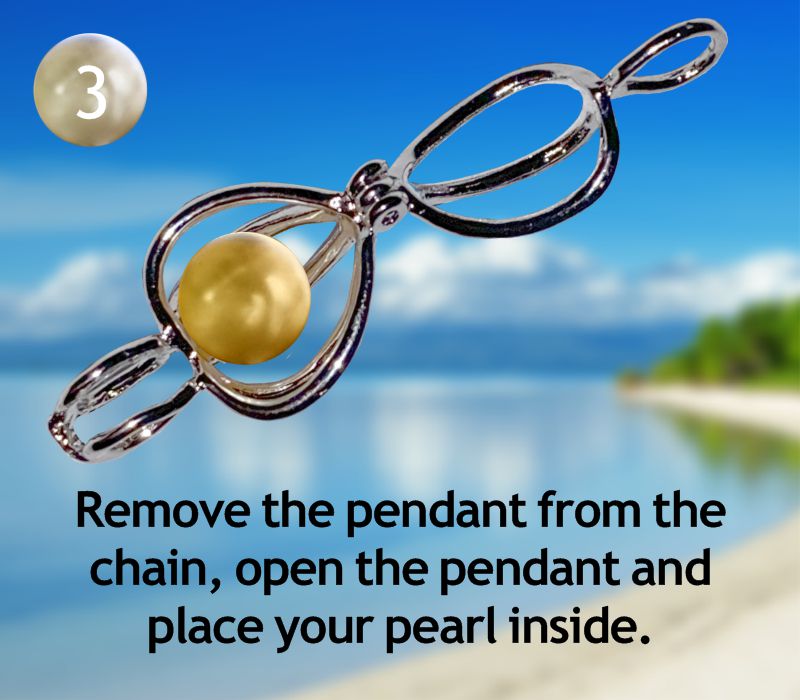 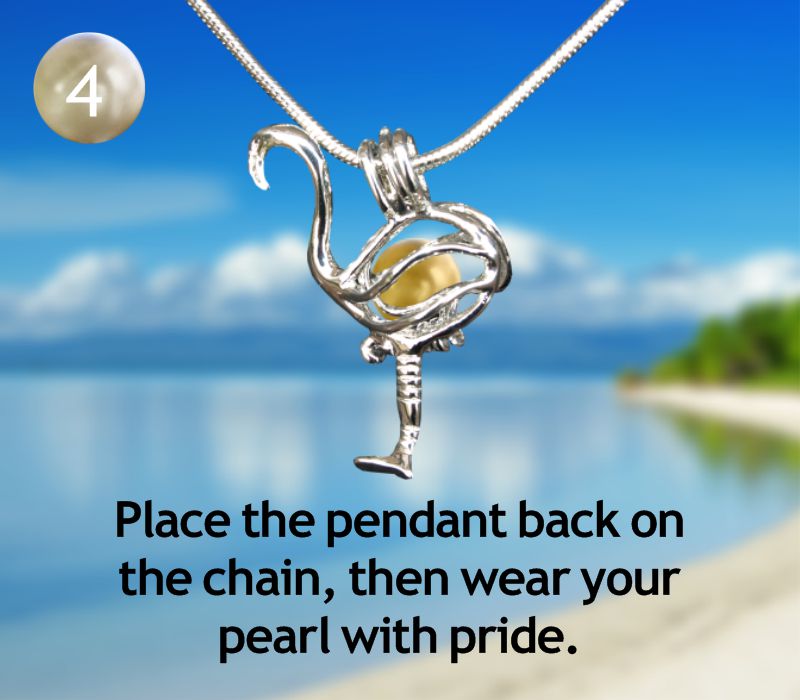 Are our Love Pearls real pearls?

Yes – most definitely. Our Love Pearls are 100% natural cultured pearls from freshwater mussels. That’s why our Pearl Gift Sets are such incredible value for money.

They take a minimum of 3 to 5 years to develop within the mollusk, where it reaches its maturity of 5 to 8 millimetres in diameter.

Only one of several hundred mollusks develop a quality pearl of size, roundness and luster to qualify to be a Love Pearl. 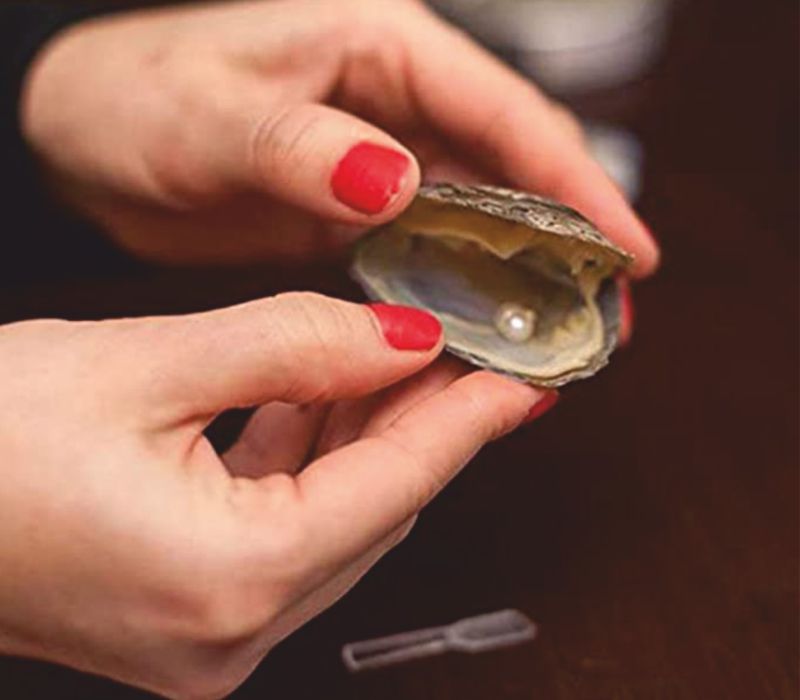 What Colour is a Love Pearl?

Part of the excitement of opening your own mussel, is to discover the colour of your Love Pearl.

They come in a variety of beautiful colours, and are traditionally believed to have a positive influence on various aspects of life. 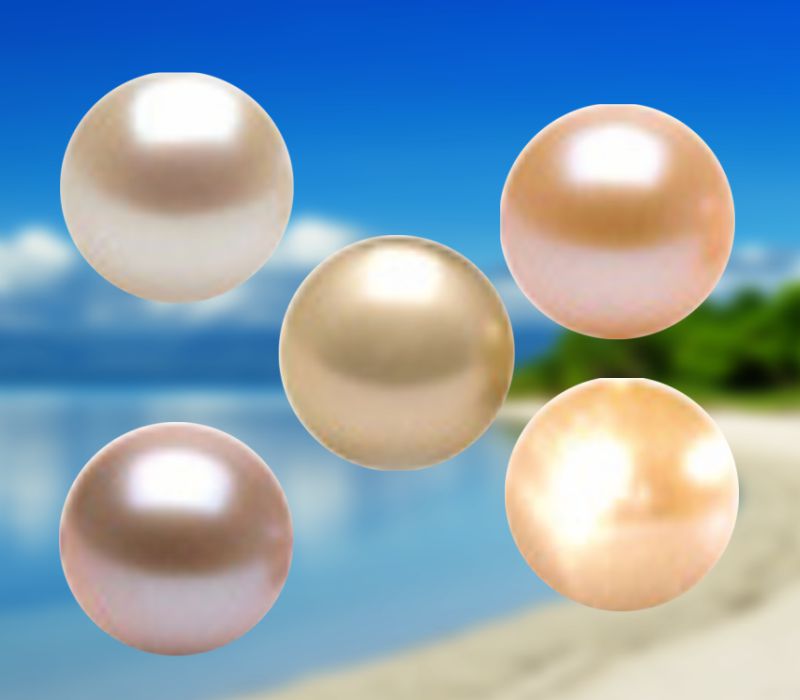 The Legend of the Love Pearl

Once upon a time, (as all great tales begin), there was a beautiful diamond hidden in the dark mountains of an ancient faraway land. It was believed that anyone finding this rare gem would possess great joy and eternal love.

However, the diamond was cursed and would only bring grief and heartache to whoever discovered it.

A romantic youth, unaware of the curse, searched for many months until he found the diamond, thinking it would fulfil all his life’s desires and dreams, but instead tragedy struck, and his beautiful lover suddenly, and without explanation, became seriously ill.

The youth could not bear to be without his lover, so he swallowed the diamond, hoping to die with her. The young man did not die, but his pain grew until he was in constant agony and eventually fell into a deep sleep. Meanwhile, the girl miraculously recovered.

Filled with grief, she cried day and night and never left her lover’s side. Years passed, but he never woke, so finally, in a gesture of tragic love, clinging to her lover, she jumped into a moonlit lake.

The god of love, Eros, moved by this pure expression of love, and wishing them to be together, placed a huge pearl mussel into the lake to protect and nurture them, as if they were her children. This special pearl eventually broke the shackles of evil.

Many years later, a huge pearl mussel was pulled from the lake, and upon opening it, was found the resplendent pearl with the diamond. Created by the alchemy of the star-crossed lovers – a living testimony to the immortality of love – they called it The Love Pearl. 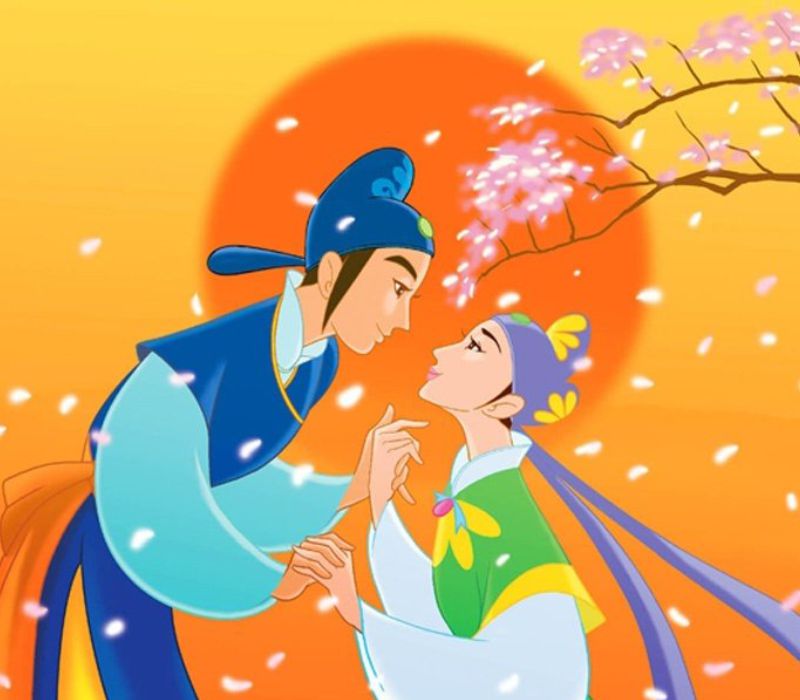 How are Pearls made?

There are three main types of pearl – natural, cultured and imitation.

Natural Pearls are formed inside mollusks, in both saltwater oysters and freshwater mussels. When a small foreign substance slips into the mollusk, the oyster or mussel protects itself by covering the irritant with a layer of nacre, (the technical name for Mother of Pearl – the same beautiful coating that covers the inside of the mollusk’s shell). The invasive particle then functions as the nucleus of the pearl, and gets larger and larger over time as layers of nacre are applied.

Cultured Pearls go through the same process as natural pearls, except that the irritant is a surgically implanted bead or a piece of Mother of Pearl. Our Love Pearls are cultured pearls from freshwater mussels.

Imitation Pearls are totally different to natural and cultured pearls. Typically, a glass bead is dipped into a solution made from fish scales. This coating is very thin and can eventually wear off. You can usually tell an imitation pearl by biting it. Fake pearls are ultra-smooth on your teeth, while the layers of nacre on real pearls feel slightly gritty and uneven. 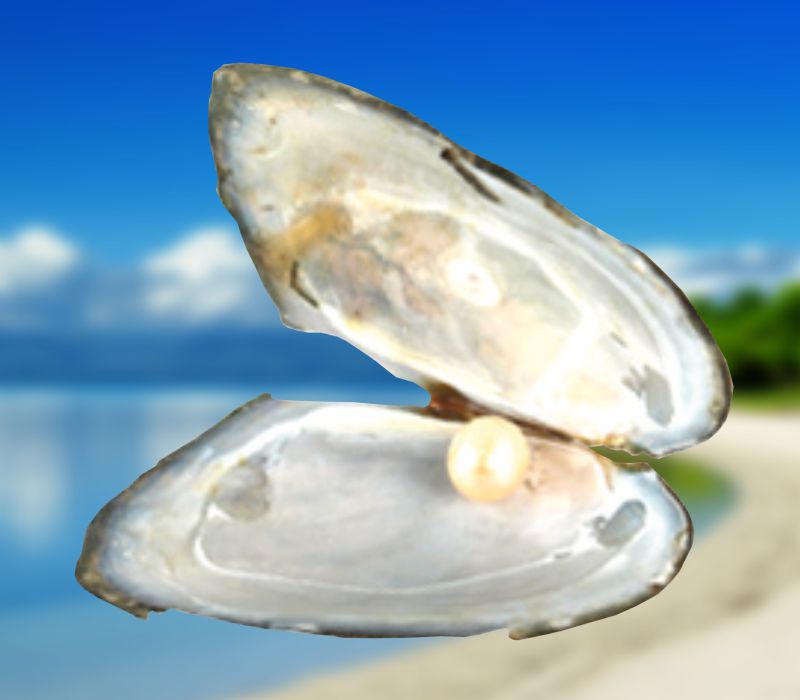 Cleopatra and the Pearl

A famous legend tells the story of Cleopatra having a bet with her lover Marc Anthony claiming that she could host the most expensive dinner in history.

She owned two of the world’s largest pearls which she wore as earings. She dropped one of them into a glass of strong vinegar, dissolving it, then drank the strange cocktail. It’s believed that the pearl was worth 10 million sesterces, (that’s about £22 million today).

Needless to say, clever Cleopatra won the bet. Don’t try this at home! 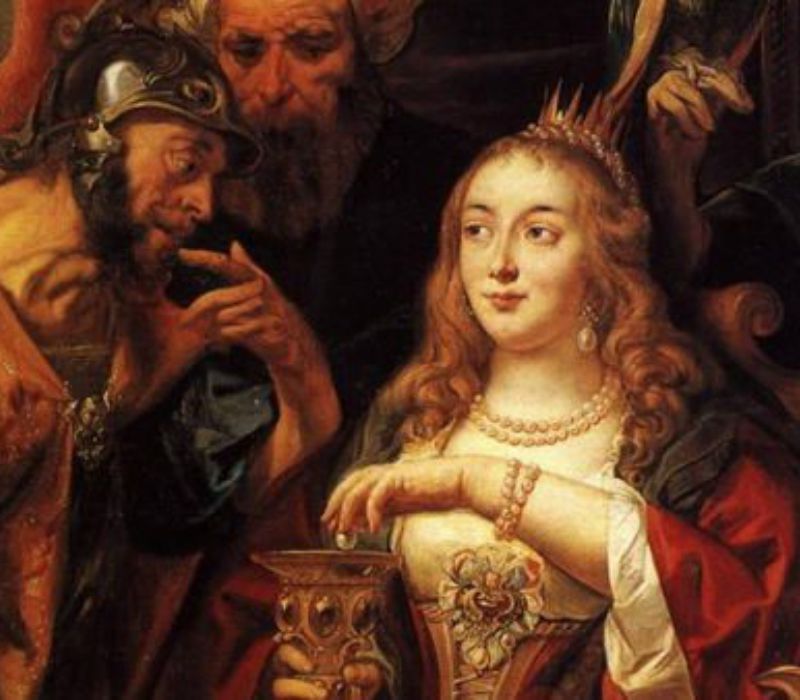 Back in ancient Rome, pearls were one of the most popular symbols of status and wealth, representing the elite social classes.

That’s why, in 1BC, the emperor Julius Caesar, introduced a law banning anyone below the ruling classes from wearing pearls. 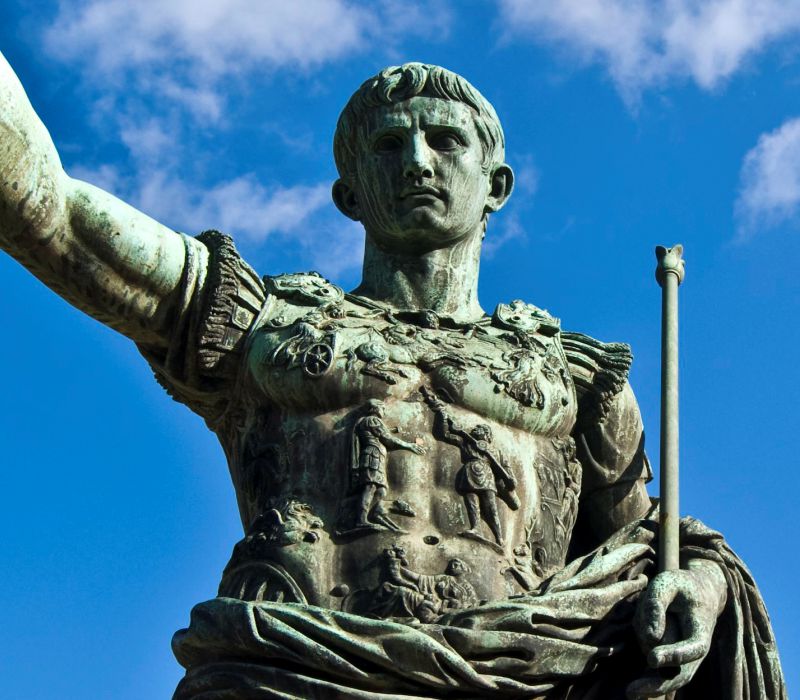 Centuries ago, pearls were used as a medicine by the wealthy to cure insanity and a wide variety of physical ailments. 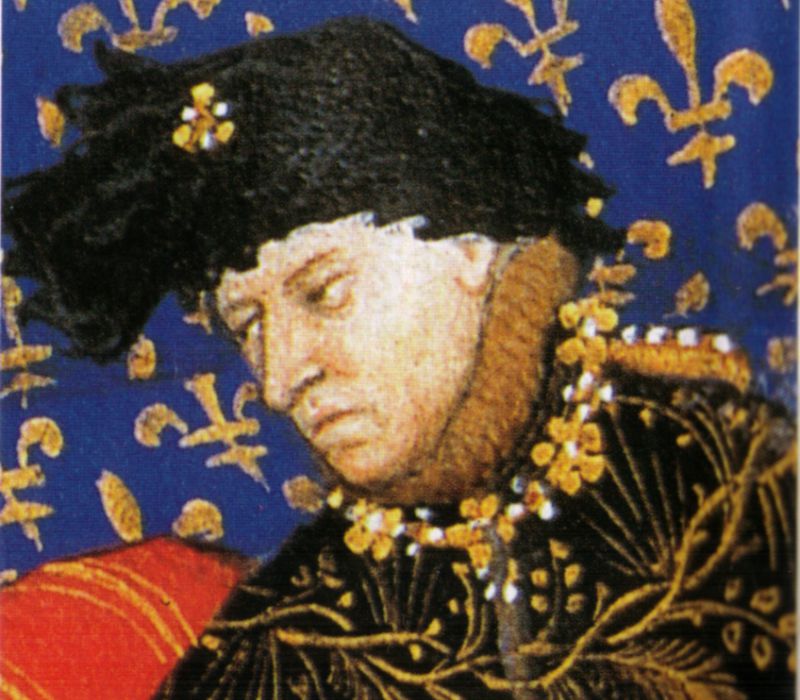 A Pearl the Size of an Egg

The world’s most famous natural pearl is considered to be La Peregrina, (which means “the pilgrim” or “wanderer” in Spanish). The pearl is pear shaped and the size of a small egg, weighing 11 grams.

It was found in the mid-16th century, close to the island of Margarita in the Gulf of Panama by an African slave. La Peregrina’s history includes a who’s who of royal families and emperors including Phillip II of Spain, Queen Mary, and Napoleon Bonaparte.

More recently the pearl was given to the actress Elizabeth Taylor by Richard Burton as a Valentine’s Day gift. She then commissioned Cartier to redesign the necklace, resetting it with diamonds, rubies and more pearls. In 2011, the necklace was sold for a staggering £8.7 million. 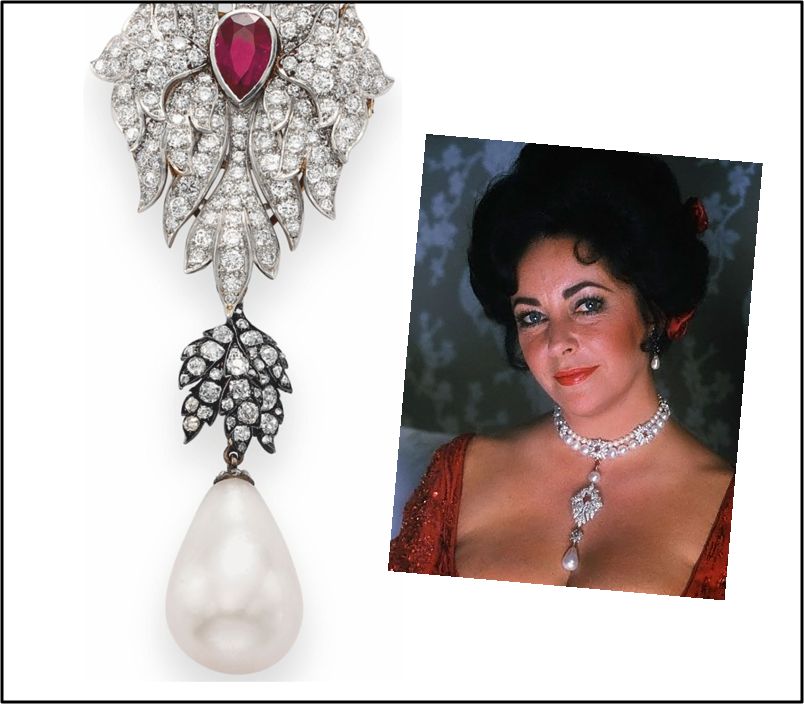 The World’s Most Expensive and Largest Pearl

The world’s most expensive natural pearl is not La Peregrina, (which pales into insignificance value-wise), but one discovered by a fisherman off the coast of the Philippines inside a giant clam.

It was kept under a bed for 10 years as a good luck charm and was only discovered in 2016 when the house burnt down. Fortunately the giant pearl survived.

It weighs nearly 75 pounds, (as much as 10 newborn babies!), is 26 inches long, and is valued at an unbelievable $100 million. It is the largest pearl known to exist. Imagine wearing that in a pendant! 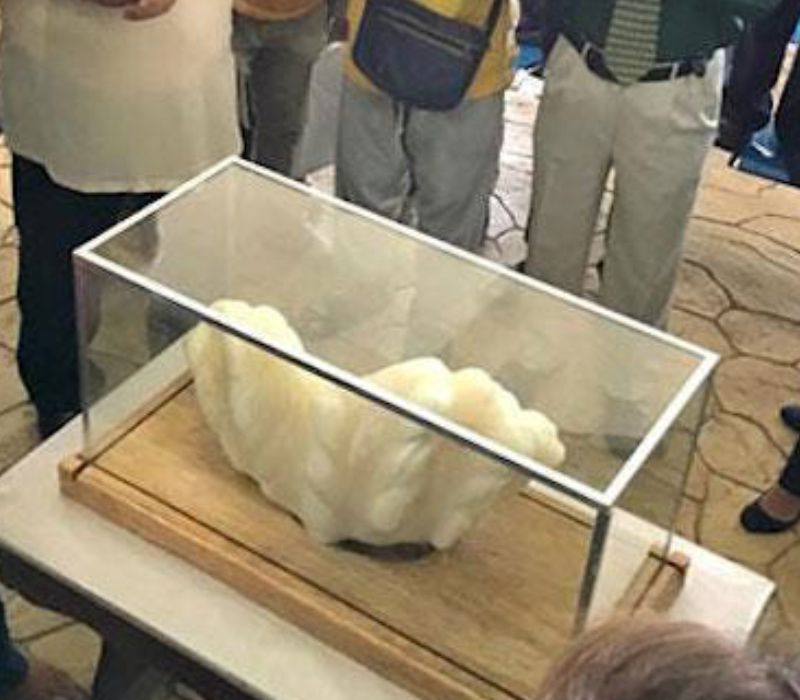